Water, Woman, Mother Earth and Creator… what is the connection? 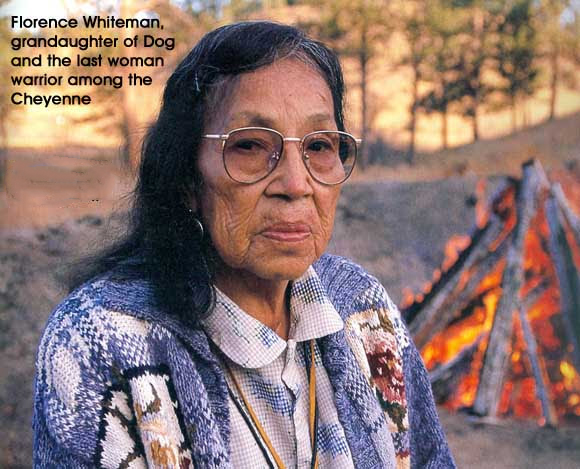 The late Florence Whiteman fulfilled the responsibilities of a warrior woman among the Cheyenne people. Hear the stories and legends of her life as told by her son, Chief Phillip Whiteman Jr. in day of remembrance honoring the Last Cheyenne Warrior Woman.

She was the last Warrior Woman of the Elk Scraper Society to go through the original Cheyenne traditional ceremonies. Florence Whiteman also holds the distinction of being the last Cheyenne woman to be married for a “bride’s price” of 4 horses,  a payment by the groom or his family to the bride’s parents. She was married in a traditional ceremony in which she did not meet her husband until the ceremony, at the age of 14.

Florence was featured on the History Channel’s “Little Bighorn, the Untold Story” in which she shares her grandfather’s account of the Battle of the Little Bighorn. He and others in the film tell an alternative, perhaps controversial, account of this epic battle. The “Indian” version is further corroborated by historical accounts collected from the Crow scouts who served with Custer on June 25, 1876. She is also featured in Herman J. Viola’s book Little Bighorn Remembered — The Untold Indian Story of Custer’s Last Stand, published by Times Books, New York, NY in 1999. 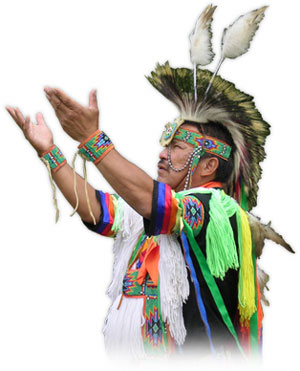 Her son, Phillip Whiteman Jr. is Chief of the Northern Cheyenne People’s Council of 44. He is also a traditional medicine man, a teacher and a motivational speaker who guides individuals in utilizing the traditional Native American Medicine Wheel as a model for conscious living. Phillip’s reputation as a cultural consultant, public speaker and storyteller is notable. He served as Northern Cheyenne Culture and Language Consultant for Steven Speilberg and Dreamworks during the filming of the miniseries “Into the West.” His workshop presentations include traditional Native American stories and songs that share a powerful and inspirational message of hope.

Harness The Power Within You Through SoulCollage® Feb 25 February 2017 e-Newsletter: Marching on Madison